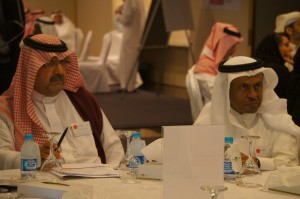 Based on the importance of activating the role played by the knowledge family by virtue of its being the core of the knowledge family system, and in view of the importance of this issue and the shortage of relevant studies in the Arab and Islamic worlds, Al-Aghar Group has undertaken an in-depth study over the years 2011 and 2012 with the aim of analyzing the obstacles and motivations which affect the rearing skills of Saudi families as well as efficient self-education of parents to improve these skills. The study was conducted in collaboration among Al-Aghar Group and several other parties, including the National Commercial Bank as supporting partner, the King Abdulaziz and his Companions’ Foundation for Giftedness and Creativity (Mawhiba) and King Abdulaziz City for Science and Technology as strategic partners and King Saud University and the Business Administration College as knowledge partners.

As an extension of the arduous efforts exerted throughout the study, the “Knowledge Family” workshop was held under the kind patronage of His Highness Prince Faisal Bin Abdullah Bin Mohammad Al-Saud, the Minister of Education and Chairman of the Steering Committee at Al-Aghar Group. The workshop had the purpose of presenting the findings of the study and issuing recommendations , it was held on 20 December 2012 at the seat of the National Commercial Bank in Jeddah. Nearly 50 experts and specialists in the fields of education, family and psychology, and an elite of concerned agencies and potential decision makers took part in the workshop in the context of Al-Aghar’s strategy for transforming the Kingdom of Saudi Arabia into a knowledge society by the year 1444H.

Main topics of the workshop: