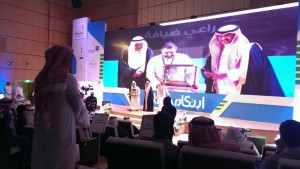 Based on Al-Aghar belief in the importance and role of innovation in the progress and rise of nations and in promoting the principle of scientific and technical creativity as a main building block of the knowledge society, Al-Aghar Group was keen on participating as a sponsor in the third round of Ibtikar Exhibition organized by “Mawhiba” at the Riyadh International Conferences and Exhibitions Center during the period 1 to 5 December 2013. The exhibition was inaugurated by the Minister of Education His Highness Prince Faisal Bin Abdullah Bin Mohammad on behalf of the Custodian of the Two Holy Mosques, King Abdullah Bin Abdulaziz, Head of King Abdulaziz and His Companions Foundation for Giftedness and Creativity “Mawiba”. 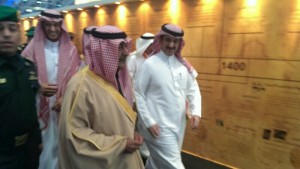 that era. The latest works of the inventors were displayed as part of the project titled “From innovation to market” which documented their journey during the period 2010-2012. Details of their innovation and stories of their endeavors to transform their inventions into marketable products were placed in the limelight. Al-Aghar Group also presented the timeline of its main accomplishments and contributions to transform the Kingdom into a knowledge society during the period 2001 – 2013 under the title “Towards a Knowledge Society”.